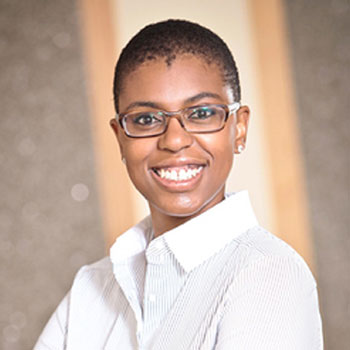 Debut novelist Bontle Senne is no stranger to the book world – her work “includes writing and reviewing books, consulting, thinking about digital innovation in publishing, being on the board of 3 education NGOs and being a minority owner of a feminist publishing house.”

We asked her about the shift from advocacy to writing fantasy adventure for children – what she describes as “no rules, fear is normal, risking everything is what it takes” genre.

I’m a Libra who enjoys brisk walks near the beach but not on it. I grew up in Johannesburg on a steady diet of Roald Dahl, Goosebumps, and Harry Potter. I have never been able to do one thing at once or for too long. As a result in high-school, I did ballroom, latin, hip-hop and modern dancing, debating, drama, kick-boxing, public speaking. In university, it became tutoring, debating, fencing, volunteering and burlesque dancing. I still technically live in Johannesburg but I spend a lot of time travelling for work.

Why have you chosen to write for this age group?

On my first day working in publishing, as an intern at Modjaji Books, my boss, Colleen Higgs, said to me, “What we really need are local children’s books. If you want to make a difference in local publishing, make children’s books”. At the time, I was young(er) and a little self-important so I rejected the idea immediately: I wanted to make “serious” books. I wanted to write “important” literary novels. But over time I realised that, in a Southern African context, children’s books are the most important books we have. There are few books for this age group that are contemporary, Afro-centric, accessible and just fun.

And why these characters?

I love writing girls that kick-ass so that was a given. Nom had to be different from some of the other girls I was writing at the time and – because I had already decided to name her after my mom – I weirdly thought about what my mom would have been like at that age. Their personalities are pretty similar: action-orientated, fiercely loyal and independent. But Nom needed to have some kind of counter-balance so I wrote a bit of myself into Zee: more analytical and skeptical, more grounded but willing to take as many risks for things that are important to him. I find that they are still growing to be more like themselves, and less like who I initially thought they were, every time I write them.

Do you think friends who knew you at school would have expected you to become a writer?

In the ninth grade, I had a computer in my room for the sole purpose of being able to wake up in the middle of the night and write. I wrote a short story a month, poems, one-act plays all at 3am on a school night… I think my childhood friends are surprised that I’ve ended up doing anything besides being a writer.

When you were a child, of the age of your readers, what did books offer you?

For a long time, I was painfully shy and introverted. Books were my best friends, my holiday, my safety blanket. And not just reading them – writing them has been a big part of my life since I was 8 or 9. I think especially if things aren’t happy or safe at home, books become your happiness and safety. They were certainly mine.

What is next for the characters in the story? Any sneak highlights to look forward to in the next book?

Are you as adventurous as the characters in your book?

I’m not fighting a secret army of monsters or anything but kind of, yes. I have a very risk-taking nature and I get more impulsive as I get older. As long as it doesn’t involve heights or extreme sports, I’m in.