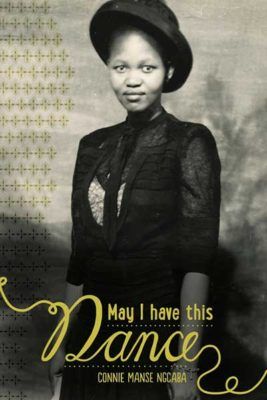 May I have this Dance… by Connie Manse Ngcaba, published by Face2Face (an imprint of Cover2Cover Books) has just been named an Honor Book for 2016 by the Children’s Africana Book Awards Committee, based in the United States.

Connie has been invited to attend the awards ceremony at the Smithsonian National Museum of African Art in Washington, DC in October this year.

A courageous story of a black South African nurse and community figurehead, the book was published in South Africa in 2014, when it was commended by several reviewers: “Connie Ngcaba helps us to correct [the] record in fine-grained detail, reminding us how important it is to listen to your grandmother.” (Nic Dawes, former editor of Mail&Guardian)

Born in 1929, Connie writes about her early years on the family farm near Cala in the Eastern Cape. She went to boarding school at Healdtown, holidaying with family near Butterworth and later studying nursing at Coronation Hospital in Johannesburg, in about 1948. She moved to Port Elizabeth as an adult, and her story continues through the fifties and sixties and onwards, with the impact of apartheid on her professional and family life untangled in a way that it both personal and fascinating.

“This book embodies love and courage, but is ultimately about love. Love of family, love of community and love of country … written with great warmth and humour … it is a heartwarming read,” said Siki Mgabadeli (journalist).

The Children’s Africana Book Awards (CABA) are given under the auspices of the Outreach Council of the African Studies Association (ASA), a non-profit corporation founded in 1957 and open to all persons and institutions interested in African affairs.

For information about where May I have this Dance … is stocked, email info@cover2cover.co.za